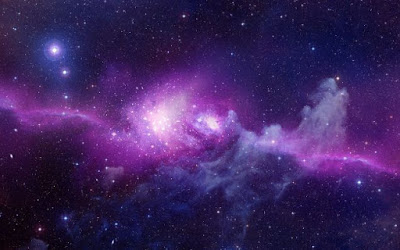 God made a person. Also, God made a cave, because he needed something in which to set the person.
“I hate it here,” said the person. “I want to go out there.”
God wondered at these first words of his creation. “You wouldn’t like it out there,” said God.
“Still, I want to.”
So God took him outside of the cave.
“But,” stammered the man, “it’s just like the cave. Only more so. How can I live here? There’s nothing.”
And so God said, “I suppose you are right. How about I make another of your kind. You can play games together, and things.”
“Ok,” said the person.
And God set beside the first person a second person, and the two recognized each other as man and woman.
The second—whether it was the man or the woman does not matter—said, “You have given my partner a gift; now what gift will you give me, oh God?”
“Well, I suppose it is only fair,” said God.
“Please give me a child, so that we may be a family.”
This God granted. The child, however, saw that he too was entitled to a gift and, not one to be cheated, said, “Please, God, I would like a stick.”
“A stick?” said God.
“Yeah, something long to whack things with.”
“Ok,” said God. “I suppose I’ll need first to make—”
“Yes, something that produces sticks,” said the child.
And so God made a tree.
“You too?” said God, for the tree was giving him a considering look. The tree wished for something to caress him by day and night, and so God made wind. Wind wanted something to sculpt and mold, so God made clouds, and when clouds submitted the tricky request for something to do—well, God was busy for days making all sorts of plants for them to water. These wanted what in essence was best approximated by sunlight, and the sun wanted companions (but of a smaller sort so as he could remain superior), and so on and so on until somehow in all this, something—no one knows what, and it was right to keep itself hidden—made a problematic demand, and God had to pause. “Well,” he said, “I am a Just God and I suppose I can’t stop now”—and he made mosquitoes. That, perhaps, was the moment God truly committed to the project and no longer worried himself over what strange thing he had set in motion. Soon cats were wishing for mice and mice for cheese and cheese for only God knows what, and the world began to look very much as it does today.
But they say—and who knows?—that the wishing must still be going on somewhere, in some peculiar corner of the universe for which we have no conception. If so, we at least know this about it: God, vexed beyond measure, is giving gifts.

Posted by Patrick Doerksen at 11:00